Fondest memories of shopping roadside stands involve apples that grace markets with their myriad colors, aromas and levels of crisp-crunch.  Apple season in Virginia starts tentatively, with Ginger Gold and Piney River Gold fruits making their debut, followed by Honey Crisp and then the endless palettes of the reds.  Rome Beauty, Stayman Winesap, Red Delicious (nothing like the uber-polished tasteless pretties at the grocery stores), Empire and York, among others.

Which Apples are Best?

My favorite apple is any type one can incorporate into desserts.  So, really, any apple will do, although I profess a fondness for super crisp and slightly tart apples for eating out of hand.

The reds have arrived and I say let the dessert making begin in earnest. Continue this for as long as there are apples at the stands. 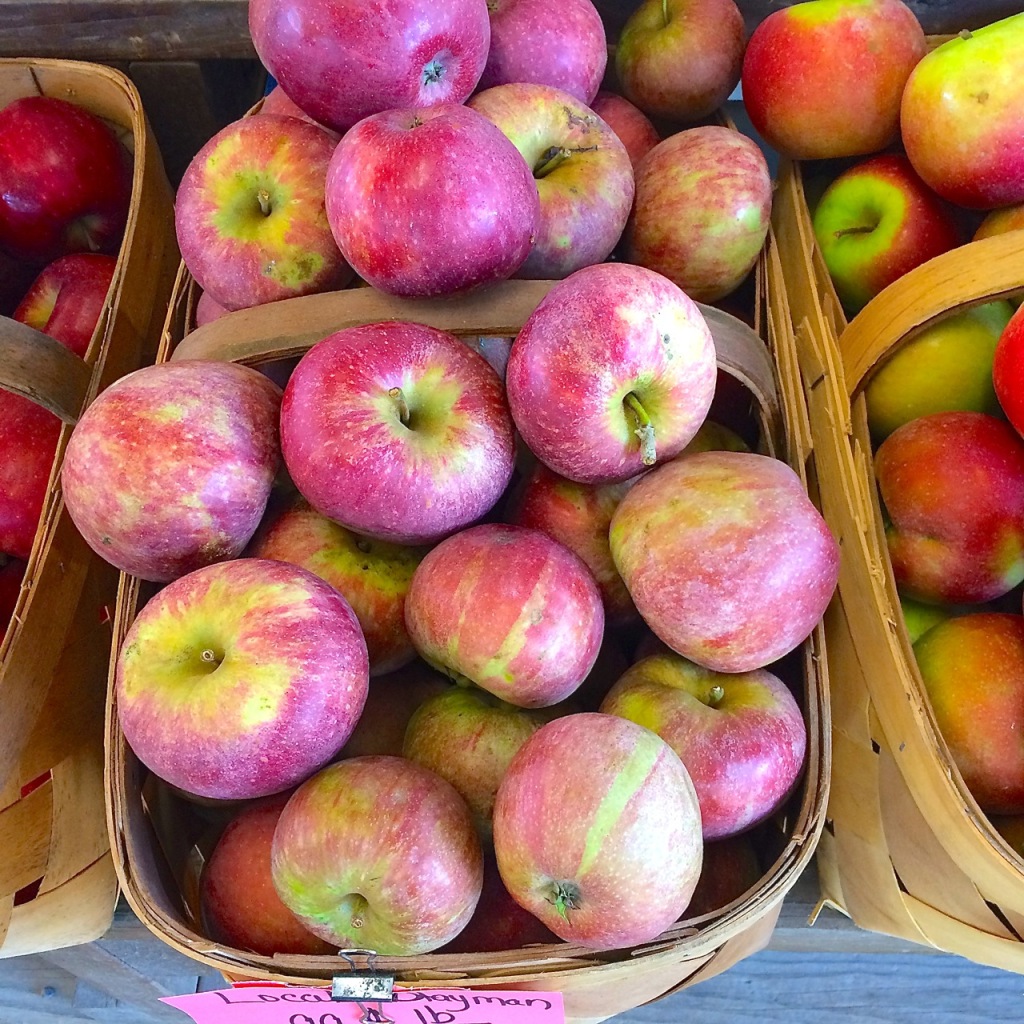 This crumble is like an upside down pie, with a cinnamon scented buttery crisp topping serving as our convoluted crust, and a sour cream custard, not too sweet, binding thin slices of twice cooked apples.  Cooking the apple slices with butter, sugar and cinnamon until tender before baking avoids the problem of apple pileup. In that scenario,  your stack of fruit lies so high in the pan you can’t avoid overflow and there’s no room for custard or topping.  I like walnuts in the crumble topping, but you can substitute pecans or almonds, or eliminate nuts altogether.

This dessert is easy, feeds a small crowd and may be enjoyed chilled, at room temperature (best, I think) or lightly warmed.  Crowning with a dollop of vanilla bean ice cream or cinnamon dusted whipped cream will elevate it from homey simplicity to elegant comfort food.

This site uses Akismet to reduce spam. Learn how your comment data is processed.